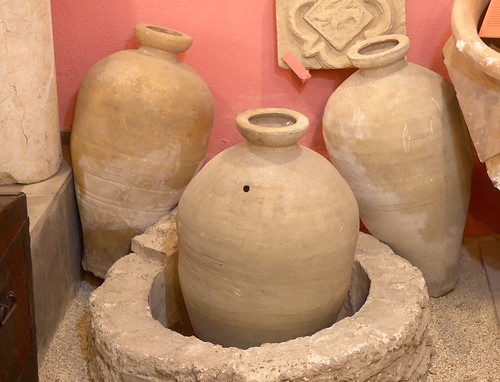 Within the precincts of San Juan del Hospital they have been numerous archaeological remains, flagstones, ceramics, and large and old containers: jars and amphorae. Very interesting each and every one of them.

The first that appeared were the amphorae. Three acoustic amphorae.

Why acoustic? Its use was not to contain liquids as food for people. These jars containing water, and, at first, while they are exerting weight placed on arches and vaults, until the mortar settled and everything was well cured. Then the water would evaporate and were hollow, no longer they weighed, thus lightening the walls of the vaults.

But it does not end there his curious use. Some of them, which were almost in contact with the outside, (Inside the ship), They had a hole in the upper side portion where a hollow reed stood, It is reaching to the outside and through which the sound waves penetrating and resonated. A resonance chamber.

It is a very old system. Vitruvius already used and explained. In many medieval churches found on the vault or bows.

Where these are found in San Juan? The same. On the vaults of the Chapel of Our Lady of Students. In the early years of recovery temple, during the decade of the 70.

The tinajas It is a separate chapter and a lot of interest. large jars were scattered in the courtyards of the historic; They had been used as flowerpots, (You can be seen in old photographs). Its origin ignore it.

Already in the early 90, to undertake archaeological excavations, within the global recovery project around the enclosure, as a means to obtain maximum information on this, They were found, on the west side of the church, buried halfway up several jars. One of them, separated from the rest, grain seemed content; He was broken on top, to be left at ground level; surely some ancient adequacy low that he was.

Three other tinajas, very similar to previous, clay, They were found grouped under the floor in the area recayente Miracle Street. Near them, Also buried underground, There was an ancient stone tinaja, Arabic style, as can be seen even in Morocco and North Africa. They were removed carefully, but except for the stone tinaja all were fragmented.

Why they were there and what had been used? In its background, remains even after analyzing the glued, posos dye was found. Very close, a few six or seven meters there is a waterwheel, a water passage, of several surrounding the hospital site.

Would they be the remnants of a whole system of bataneria?

We have not long ago found the following: "Batanes began to be used in Spain in the s. XII, although there is evidence already in the V century. C. They existed in Greece.

effectively, They are very old: You can read in Isaiah 7,1-17: "Then the Lord said to Isaiah: Salt to meet Ahaz, Jashub your son Saar, towards the end of the channel of top pool, next to the Causeway Batanero, and tell him: Monitoring and calm. "

The role of the military orders, It has been obscured by the literary fixation on his warlike deeds in Syria, Palestine, Egiptp… etc. during the time of the Crusades and later centuries. They had a particular social structure and possessed many possessions: Encomiendas, that extended throughout Western Europe. They were the theme of cultural innovations and techniques, as the introduction of bataneado in England by the Knights of St. John, or banking infrastructure of the Templarios (and the reason for its collapse),

But before: What is batanear? Quite simply tamp, shoveling wet clothes, the tissues, to let them flexible and homogeneous. But, with a special contraption for it, that was the technical breakthrough that brought the sanjuanistas to their headquarters and priories. It is not nothing in S. Juan de el Hospital, true, but it is also wrong to imagine that a hospital-based hostel, in a newly conquered city and still at war along its borders, need to wash, stain clothing and recompose. Would not it make sense that use for tinajas?

And there we leave. It is also interesting to the reader to imagine or debate. 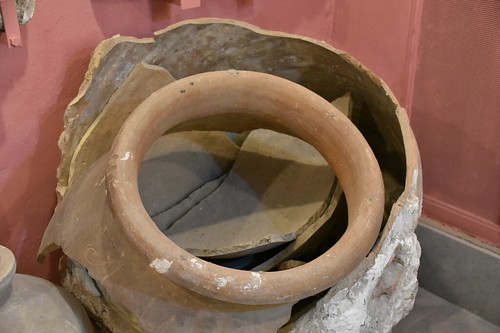 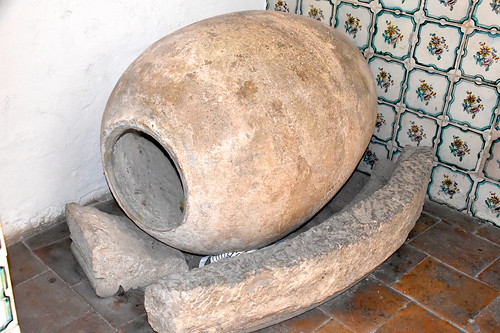