The church of San Juan del Hospital, in Valencia, this summer celebrates its 50 years ... But since its "birth". The historic temple has more than eight centuries of history, in which he has suffered looting, fires, ... even abandonment used as printing and, later, as a cinema. In 1966, Archbishop of Valencia Church entrusted to priests of Opus Dei. With the help of many individuals and other institutions, It began the restoration of the building and, in June 1967, It reopened to worship.

TO 300 meters from the Cathedral, in the middle of the historic city center, is the Church of San Juan del Hospital. Like other temples, tries to be an oasis in the heart of the city, amid the rush, crowd and stress that characterize large cities. The gates of San Juan del Hospital are open to all until nine o'clock at night and there are many people who every day take part in the Eucharist, the sacrament of Penance, social action activities, catechesis or who go there to pray under their vaults. 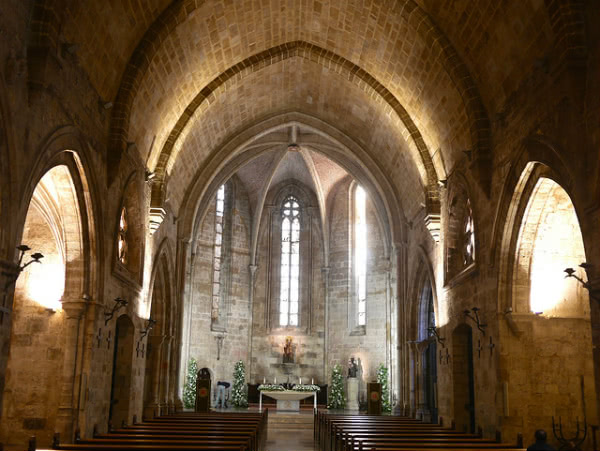 There are also many tourists who come to visit because, inside, hides a deep combination of faith, art and history. It was founded in 1238 by the military order of the hospitable Knights of San Juan de Jerusalén, It is the oldest church in the city and its historical sites which, following the usual practice of the order of the Hospitallers, It included a hospital, a cemetery and a residence for gentlemen is, itself, a museum in which the Arabic styles embrace, Romanesque, Gothic and Baroque. With the exception of the Church, in ancient cemetery (now "south courtyard") and the chapel of Rey don Jaime, which they are restored, of the other buildings have survived to this day only architectural remains are still recovering.

Eight centuries of a temple in the heart of Valencia

San Juan del Hospital is celebrating this year its 50 anniversary of reopening the cult, since the thirteenth century this temple has gone through various ups and downs and changes, as has been changing and turbulent history.

In the nineteenth century when, by Royal Decree, they disappeared the military orders of Spain, the temple suffered various destinations, invasions, decline and abandonment. Later, It was looted and set on fire 1936, and the state of the building became such that the authorities contemplated the possibility of demolishing. Elijah was the academic Tormo, along with other illustrious Valencians, who prevented, Getting it was declared a National Artistic Monument, in 1943. 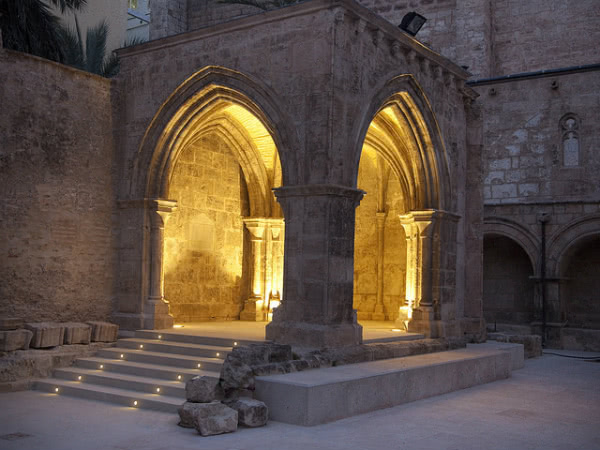 But oblivion followed this achievement and for decades used as a print shop and a cinema. In the year 1966 – does now 50 years- Archbishop of Valencia entrusted the church to the pastoral care of a group of priests of Opus Dei. From that moment, and he resumed worship, thanks to the collaboration of different institutions and individuals, They began the restoration work of the temple.

In 1972, on the occasion of a pastoral trip to Valencia, Saint Josemaría Escrivá He visited the church and encouraged priests and parishioners to continue working from this temple in initiatives related to divine worship, catechesis, the Solidarity, art and culture.

For this, San Juan del Hospital is not only steeped in history but church is full of life and personal stories: it weddings are held, communions, catechesis for children and adults, pre-marital workshops, monthly withdrawals, etc.

various social action projects are also carried out, for example, literacy classes and culture for integration of immigrant women or campaigns with the food bank; There is an employment agency and many other activities.

San Juan del Hospital is a historic church that has always been adapting to social and cultural changes that has seen. In fact, The temple is present in social networks, both Facebook like in Twitter or Instagram, you can scroll through the various activities that have taken place during this 50 anniversary.

The main one took place 24 June, festivity of San Juan Bautista, -head of the church-. The Mass was presided by the Auxiliary Bishop of Valencia, Monsignor Esteban Escudero and accompanied by the Choir Barlovento.

Also in June, in the South Patio of the church, Barlovento Choir and Choir College Students El Vedat, They offered a joint musical audition for the benefit of Parish Social Center.

In addition, few weeks before, He held a meeting with tour guides and companies, in order to acknowledge the work of cultural diffusion that perform and provide explanations for the visit to the monument.

On the occasion of 50 anniversary has been made a photograph of 360 º in order to make a virtual visit to the historic site. Also available a view of the church recorded by a drone which runs the church with the explanation of the main historical and artistic works.

As noted don Carlos Cremades, current rector of the church, "The Joint Foundation of San Juan del Hospital, that it has the support of many Valencians, It deals with funding to make possible all these initiatives and make Assembly and the Church of San Juan not only a landmark but also a living reality of faith, Beauty and solidarity ".