Pilgrims on the Camino de Santiago

The Camino de Santiago is one of the oldest Catholic pilgrimages. Known and still busy today, It has lasted to our time as a symbol of fervor, hospitality and art where a great historical heritage combines, religious and cultural.

The church of San Juan del Hospital Valencia was one of those pilgrims crossing points to the Camino de Santiago in the centuries XIII-XIV. This is one of the reasons why San Juan has become, since this June, in a temple again linked to this pilgrimage: Temple will be the start of the route to Santiago de Compostela from Levante.
this initiative, in which we have had the support and collaboration of the Association of Friends of the Camino de Santiago de Valencia, It is part of the many plans that San Juan del Hospital held on the occasion of European Year of Heritage

Cultural 2018, A draft dissemination and support of European cultural heritage.

From 1 of June of 2018 will perform the "BLESSING OF THE PILGRIM” after the mass of the seven in the afternoon and will continue indefinitely performed every day at the same time. The aim is that this blessing will last as a regular and recognized custom of San Juan del Hospital beyond the duration of the European project, which ends in December this year.

This special blessing, It is imparted on pilgrims starting the road in Valencia, It is the same as is done in many other towns start route to Santiago. This was suggested by the Association of Friends of the Camino de Santiago de Valencia, with the aim that the pilgrim feel refreshed to start your journey. Thus, and in the words of the Association, "I would not be quick to start up, can remain in prayer if your desire ".

The blessing is the same as is done in the collegiate church of Santa María de Roncesvalles (Navarra) -hostel-hospital and historical starting point of the route Jacobea-, and it is also performed at the same time in the temple Navarre. After the Mass in San Juan, the priest asked if "there are pilgrims for the blessing". Because more and more pilgrims come from Valencia to start the Camino de Levante, we anticipate will begin to go to San Juan del Hospital to start his journey as the action we are known out. We will also make the granting of credentials and stamp as we complete the processing.

Our participation in a major European project
The European Year of Cultural Heritage in which we participated this 2018 It is a project launched by the European Commission in collaboration with the Council of Europe, UNESCO and other partners- which it seeks to vindicate the legacy of European heritage, its diversity and richness. The art, literature, crafts, music or history are just some of the disciplines and areas in which this common cultural heritage falls. The project will be full of initiatives this year at the local level, regional and national level in all European countries.

With our participation, from San Juan del Hospital also we wanted to do our bit to provide a little more this valuable and abundant heritage and thus strengthen the sense of belonging among citizens. For this reason, through the convening of the Creative Europe program, we present the application to collaborate on this project with the aim to disseminate and revalue the baggage of the historic precinct of San Juan and its intangible cultural heritage.

We are at a crucial time for the development of a good understanding between European nations time and even Mediterranean. We have a common cultural heritage, more important than the differences, and among the baggage the most important and most universal is the Christian religion. Precisely one of the reasons most important cultural exchange in Europe, two thousand years, the pilgrimage is performed -and who continue- believers to the Holy Land, Rome and Santiago de Compostela. That way we rescue this story, display and disseminate the future and new generations to foster intercultural dialogue.

For this reason, the purposes we have from San Juan del Hospital for this year European project based not only on the route to Santiago de Compostela that will begin in San Juan, but also the enhancement and dissemination of the enclosure of the Joint Hospital of San Juan del Hospital as the first hostel for pilgrims in the city of Valencia during the centuries XIII-XIV, disseminating human values ​​of individuals and religious orders and religious-military, who held and attended these shelters, and other plans as the exhibition at the Museum of the vestiges of pilgrimage found in excavations or research in Malta files to corroborate hypothesis landings and boardings of pilgrims.

Former Hospitaller Knights of St. John of Jerusalem, regentaron that the whole of San Juan del Hospital since it was built eight centuries ago (from 1238), It had since its inception a long tradition of helping pilgrims, and before settling in Valencia.

This religious-military order was born in Palestine to the aid of the sick and helps travelers who came from all over Europe to the Holy Land. It is configured pilgrimages for people across Europe, who came to Jerusalem but later returned to their hometowns, a cultural and customary exchange resulted in the entire Mediterranean area. In addition, They were a very important source of economic trade era, as travelers should stock up on supplies all the way.

After the conquest of Jerusalem, the Order went to settle in San Juan de Acre -City of Israel now called Acre. Nevertheless, and like all Christians of Palestine, the Knights Hospitaller were expelled from these lands in the late thirteenth century and the Order settled in Cyprus. Later, Order was established on the island of Rhodes, in Greece, and from there they became sailors who transported the pilgrims heading to Rome or Santiago de Compostela.

Ground transfers were slow and they were full of dangers. For this reason, many travelers arrived by sea on our shores in ships from multiple locations in the Middle East, Greece, Sicily and elsewhere in Italy. The Gulf of Lion and the Ebro Delta, especially in autumn and winter season, Landings had difficulty. For this reason, in bad weather the boats heading south, to the ports of Cartagena and Cullera, and from there go to other destinations, including to Santiago de Compostela. The Order of the Hospital of San Juan, collaborating on these trips, It thus became an eminently maritime order.

Religious orders were extended and afincando in other nations. That was also the case of the Knights Hospitaller since his departure from Cyprus. In Spain, some time before, the twelfth century, They were present when it was also considered a crusade: the recovery of the Iberian Peninsula domain of Muslims. So that, King James I, in gratitude for services rendered in the Reconquista, entrusted the religious-military Order of Saint John of Jerusalem the Joint Hospital of San Juan del Hospital, erected by his own desire in Valencia in the thirteenth century (1238).

But the help of the Order of the pilgrimage to Santiago de Compostela did not end its establishment in Valencia. In fact, as we said, They became the first hostel in the city for pilgrims in centuries XIII-XIV. Thus it has been discovered from the excavations in the historic site.

During the recovery work of the Historic San Juan del Hospital they have appeared Labras stone objects clear symbology and origin of Santiago de Compostela. -head including corbels beam hovering outside and holds a cornice- shaped scallops and Galician azabaches: rosary beads, pendants pilgrims or thimbles before it was brought back from Galicia. In addition to shells, holed laces, found on the chest of the skeletons.

these findings, both the thirteenth century and the XIV, that they have been discovered in excavations, They are unique in Valencia and have not been found in any other church in the road to Santiago de Compostela. All this leads us to disseminate and revalue wish this historical baggage, material and intangible, sign of understanding among Christian peoples, with the Association of Camino de Santiago. And it has been what has led to San Juan to join the European project launched by the Commission in this 2018. 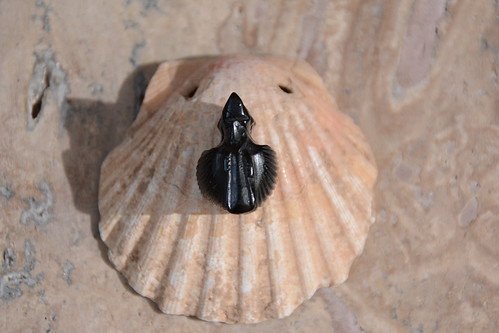 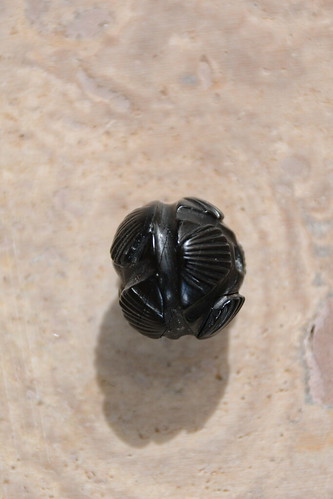 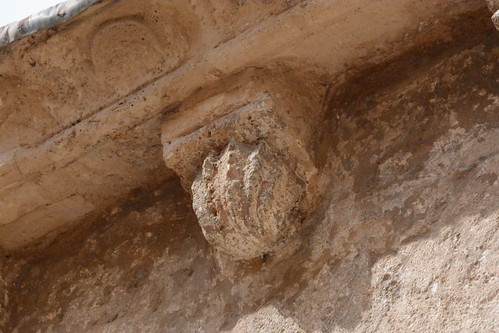