Did you know?…a seraph and a cherub flying over San Juan del Hospital

Seraphim and cherubim fly inside the church of San Juan del Hospital, three archangels keep it and hundreds of angels accompany them.

Come in, Enter in the chapel of Santa Barbara. You return to where you will see angels: Miguel, Gabriel and Rafael, the three archangels in their niches. And many more in the altarpiece, in esgrafiados, the Baroque and the large oil painting of the Virgin of the Helpless escayolas, immersed in the work to recreate their image to the Valencian village. And one more, Guardian Angel Valencia, with the shield of the city in their hands.

But besides all of them there are two more, that fly inside, They are singular: a will 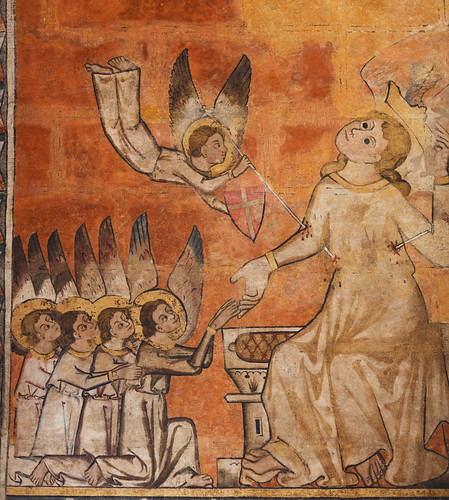 flour, in the chapel of San Miguel and a cherub in Santa Barbara.

No, San Miguel Archangel is not, also can be seen painted on this wall of the hood, with the banner of the militia of St. John of Jerusalem in one hand and holding in the other the scales weighing the actions of men. No. It is the small and smiling seraphim, with a dart in hand, love hurts the figure of the church. Then again fly. Does 800 years she is smiling looking at the church. 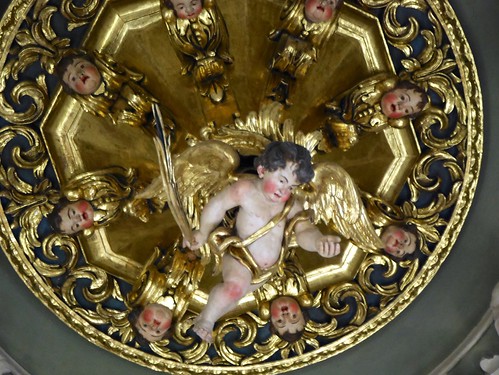 The other flies high. The key to the Baroque chapel, in the center of the dome to build Juan B. Pérez Castiel by 1686. But to decorate the vault they commissioned a ceiling Julio Capuz, and, the famous sculptor. They were paid ten lbs, "On account of the key and rosettes", in February 1686.

And Julio imagined flying to a beautiful cherub, He is holding in his hands a palm. Look for a girl, Barbara, to give the award for his faith. For almost 400 San Juan flying over years ... and occasionally both are. And laugh.

Tags: Did you know